Rights of an illegitimate child..

Does illegitimate child have right to property?.

The inheritance rights of illegitimate children are governed by Section 16 (3) of the Hindu Marriage Act, 1955, which states that &#39;such children are only entitled to the property of their parents and not of any other relation&#39;. The Supreme Court has held that under the Hindu Marriage Act (HMA), illegitimate children are entitled to all rights in the property of their parents, both self-acquired and ancestral.

Does illegitimate child have right to property?.

Adopted kids have the same inheritance rights as the biological kids and are entitled to a share in their adoptive parents’ property. So if the adoptive parent passes away intestate, the adopted child can stake the same claim to property as the biological child. However, according to the Hindu Adoptions and Maintenance Act, 1956, after adoption, the child loses the right to stake a claim in the property of his/her own biological parents or in the associated coparcenary property. But if the biological parents want to voluntarily leave such property or a share in it to the child, they can do so.

Live-in relationships have not been granted any legal status or acceptance under the Hindu Succession Act, Islamic Law or the Christian Personal Law. However, according to the Supreme Court ruling of 2008, a child born to a couple in a live-in relationship would have the same right of inheritance as a legal heir. A subsequent Supreme Court ruling of 2015 declared that an unmarried couple that has been living together for a long time can be considered married. Hence, offspring of such a couple will have the right to his/her father’s self-acquired property under Section 16 of the Hindu Marriage Act, 1955. The inheritance rights of illegitimate children are governed by Section 16 (3) of the Hindu Marriage Act, 1955, which states that ‘such children are only entitled to the property of their parents and not of any other relation’. This implies that an illegitimate child would only have the right to his father’s self-acquired property, not his ancestral property. However, according to a Supreme Court ruling in 2011, children born out of wedlock have the right to stake a claim to their father’s self-acquired property as well as ancestral property. Despite this ruling, uncertainty and confusion still linger around the status of rights of illegitimate children in ancestral property.

If the parents are divorced, the children still have a legal right to their property. The normal succession laws as per one’s religion apply in such cases. So the child has a right over the ancestral property, and in case of a self-acquired property, if the father dies intestate, he has the first right over it since he is a Class I heir. Of course, if the property is self-acquired, the father can give it to anyone he wants during his lifetime via a written ill.

According to the Indian Succession Act, 1956, and the Indian Succession (Amendment) Act, 2005, children- boys or girls, have a right to the father’s ancestral property by birth. The parents’ self-acquired property can be given to anyone they want through a written will. However, if they die intestate, I.e. without a will, the children being Class I heirs have a first right to their property. If, on the other hand, the children are minors, they do own the property but cannot legally manage it. In this case, a legal guardian, or one appointed by the court, has to file a petition in court to manage the property on behalf of the minor child till such time that the child becomes an adult.

Can illegitimate child use his father's surname?

An illegitimate child may use the surname of their father if their filiation has been expressly recognized by the father through the record of birth appearing in the civil register, or when an admission in a public document or private handwritten instrument is made by the father.

How do you prove the illegitimate child filiation?

Please fill in the details in each column carefully. Your name, contact details and the brief of your issues. You can also make the payment online by clicking the bank details mentioned. If in case you find any difficulty please email us immediately at info@vakilpro.com.
We shall call you and help you out. We are also available at your service if in case you need to make a consultation first to avail our services.

Disclaimer:- The purpose of this article is just to  provide an overview and a fair learning of the subject. Readers considering legal action should obtain counsel from a practicing attorney on how they can relate to the situation. Thank you. All communications between you and Vakilpro is protected by our Privacy policy.
Copyright © 2023 Vakilpro 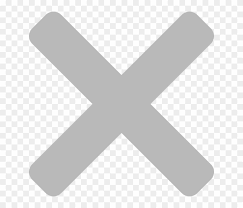