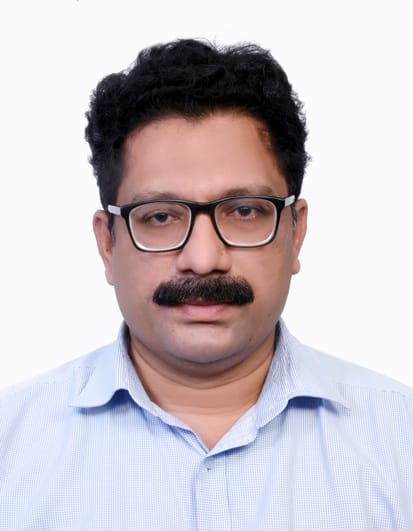 Under Secretary (Law) to the Government of Kerala

Kerala has been shocked by two blasphemy cases in recent years. T.J. Joseph, a professor of Malayalam at Newman College, Thodupuzha, had his hand chopped off at the wrist on allegation of blasphemy, by members of Popular Front of India in 2010. In the second instance, Abdul Khader Puthiyangadi, an Indian citizen and rationalist from Kerala, was arrested by United Arab Emirates police in 2021 without bail and sentenced to prison in UAE for 3 years for criticizing Islam on social media in his native language Malayalam. These two incidents demand a close jurisprudential examination of the crime‘ of blasphemy.

Blasphemy is the crime of insulting or showing contempt or lack of reverence for God or a religion and its doctrines and writings and especially God as perceived by Christianity and Christian doctrines and writings. St. Thomas Aquinas said that that is we compare murder and blasphemy as regards the objects of those sins; it is clear that blasphemy, which is a sin committed directly against God, is graver than murder, which is a sin against one's neighbor. The Bible says "Whoever blasphemes the name of the Lord shall surely be put to death. The entire congregation shall stone him. The sojourner as well as the native, when he blasphemes the Name, shall be put to death."  (Leviticus 24:13–16).

Blasphemy in Islam is impious utterance or action concerning God, Muhammad or anything considered sacred in Islam. The Quran admonishes blasphemy, but does not specify any worldly punishment for blasphemy. The hadiths, which are another source of Sharia, suggest various punishments for blasphemy, which may include death. The campaign for worldwide criminal penalties for the "defamation of religions" had been spearheaded by Organisation of Islamic Cooperation (OIC) on behalf of the United Nations' large Muslim bloc. The campaign ended in 2011 when the proposal was withdrawn in Geneva, in the Human Rights Council because of lack of support, marking an end to the effort to establish worldwide blasphemy strictures along the lines of those in Pakistan, Saudi Arabia, and Iran. This resolution had passed every year since 1999, in the United Nations, with a declining number of "yes" votes with each successive year.

In 2010, a Pakistani Christian woman, Aasiya Noreen was convicted of blasphemy by a Pakistani court and was sentenced to death by hanging. In October 2018, the Supreme Court of Pakistan acquitted her based on insufficient evidence, though she was not allowed to leave Pakistan until the verdict was reviewed. She was held under armed guard and was not able to leave the country until 7 May 2019; she arrived in Canada the next day. Minorities Minister Shahbaz Bhatti and Punjab  Governor Salmaan Taseer were both assassinated for advocating on her behalf and opposing the blasphemy laws. Tehreek-e-Labbaik Pakistan, a political party in Pakistan, is known for its protests in opposition to any change to Pakistan's blasphemy law. The party mounted pressure on the Government of Pakistan to deport the French ambassador in Pakistan over the controversy of cartoons of the Islamic prophet Muhammad. Over the 3 days long protest in the country, the French embassy asked its citizens to temporarily leave the country in 2021.

The Indian Penal Code (IPC) does have a provision, however, that can be reasonably approximated to an anti-blasphemy law: Section 295A of the IPC penalizes insulting the religion or religious beliefs of any class of citizens, if such insult is offered with the deliberate and malicious intention of outraging the religious feelings of that class. At the risk of over simplification, for many years, it was the express aim of the British to consolidate their rule by creating divisions between the religious communities of the subcontinent. Matters came to a head in north India in the 1920s, which saw sustained violence between Hindus and Muslims, ostensibly occasioned by the publication of tracts such as Rangeela Rasool that mocked the Prophet Mohammed.

In Ramji Lal Modi vs State of UP (1957), the editor of a cow-protection magazine had been booked under Section 295A, and he took his case all the way up to the Supreme Court, while challenging the constitutionality of the section itself. The court then held that Section 295A did not cover all forms of religious insult, but only intentional insults. And it was the "calculated tendency" of intentional insults to lead to public disorder. Therefore, the section was constitutional. In technical terms, this is known as a "legal fiction"—that is, the court assumes that a certain state of affairs exists for legal purposes, whether or not it actually does. The legal fiction in Ramji Lal Modi’s case was that an intentional insult offered up to religion would necessarily "tend" to cause public disorder.

Over the years, however, the link between Section 295A and public order has been gradually eroded. For instance, in Baragur Ramachandrappa vs State of Karnataka (2007) the Supreme Court upheld a ban on a historical-fictional retelling of the life of Basaveshwara, noting that "no person has a right to impinge on the feelings of others on the premise that his right to freedom of speech remains unrestricted and unfettered. If the original logic of 295A—and the basis on which the Supreme Court in the Ramji Lal Modi case upheld its constitutionality— was public order, then in the Baragur Ramachandrappa verdict, it did a sharp volte-face, and more or less echoed the language of an unvarnished blasphemy law: what was being punished was not the effect of speech upon public order, but its allegedly anti-religious content.

Blasphemy and Logic of Law

Law is a tool to maintain harmonious relations among human beings. The basis of law is reason. According to Cicero the test of validity for the state's laws is their conformity to reason... Learned men know that "Law is the highest reason, implanted in Nature, which commands what ought to be done and forbids the opposite. This reason, when firmly fixed and fully developed in the human mind, is Law. The idea of God is beyond human reason and He cannot be offended by the man; He nor to be protected by human law.

Auguste Comte, father of sociology, offered an account of social evolution, proposing that society undergoes three phases in its quest for the truth according to a general law of three stages. Comte's stages were (1) the theological stage, (2) the metaphysical stage, and (3) the positive stage.

(1) The Theological stage was seen from the perspective of 19th century France as preceding the Age of Enlightenment, in which man's place in society and society's restrictions upon man were referenced to God. (2) By the "Metaphysical" stage, Comte referred to the idea rooted in the problems of French society subsequent to the French Revolution of 1789. This Metaphysical stage involved the justification of universal rights as being on a vaunted higher plane than the authority of any human ruler to countermand, although said rights were not referenced to the sacred beyond mere metaphor. This stage is known as the stage of the investigation, because people started reasoning and questioning, although no solid evidence was laid. The stage of the investigation was the beginning of a world that questioned authority and religion. (3) In the Scientific stage, which came into being after the failure of the revolution and of Napoleon, people could find solutions to social problems and bring them into force despite the proclamations of human rights or prophecy of the will of God. Science started to answer questions in full stretch. Comte's law of three stages was one of the first theories of social evolutionism. God and blasphemy were relevant in the first two stages. But in the third stage, God will wither away and blasphemy would be a redundancy.

During the Constituent Assembly debate on October 17, 1949, the last item to be debated was the Preamble. B.R. Ambedkar proposed the Preamble, "We, the people of India..." H.V. Kamath moved an amendment to the  Preamble, "In  the  name of  God,  we,  the people  of India…"  H.N. Kunzru  opposed  Kamath‘s amendment  stating,  "I  do not see  why in a matter that vitally concerns every man individually, the collective view should be forced on anybody. Such a course of action is inconsistent with the Preamble which promises liberty to thought, expression, belief, faith and worship to everyone... We invoke the name of God, but I make bold to say that while we do so, we are showing a narrow, sectarian spirit, which is contrary to the spirit of the Constitution..." In the end, the President of the Assembly put Kamath‘s amendment to vote. The amendment was defeated, thereby  excluding 'God‘  from the  Preamble.  Thus,  our founding fathers gave us an agnostic Constitution.

France abolished blasphemy as a crime in 1881 to allow freedom of religion and freedom of the press. Blasphemy was abolished or repealed in Sweden in 1970, England and Wales in 2008. In anagnostic and modern republic like India too, the concept of blasphemy is a repulsive anachronism, and a legal fossil. Therefore, Sec. 295A should be struck down for its unconstitutionality and its impingement on the right to free speech and expression in the world‘s largest democracy.