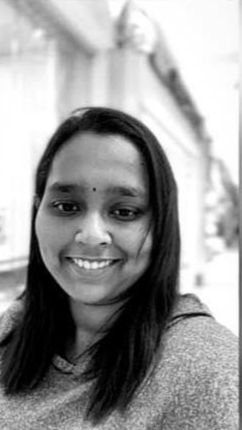 Every person has the right to live and enjoy proper health. He has the right to access to medicines and medical facilities. Several international organisations including the WHO, TRIPS Agreement have dealt with this concept. Today’s era is an era of globalisation and several MNCs are investing in Pharmaceutical industry and their role played in public health is inevitable. But it is de facto that the Intellectual Property Rights (IPR) has shifted its role from protecting the rights of an Intellectual to protecting the Investment that is being invested by him in his invention. i.e., in the existing situation the role played by these rights is more on the Investment Protection rather than on the Intellectual creation. If Jonas Salk would have patented his vaccine for polio thereby protecting his investment, the majority of the world will never be able to enjoy the fruits of his invention which is a major life saver even after six decades of the vaccine had been invented. This compassion towards mankind is what we need now but it is lacking and because of this there has been a series of uproar in the public health especially in saving each and every life. Within few months of the rise of this havoc, the rise to quench the thirst for the advent of vaccine has become obligatory since it is the only weapon to stop this threat. It is here the private sectors play their role, but it is saddened to know that their role is quiet contrary to the steps to be taken to end this global pandemic. It has to be noted that the top Developed Countries where  most  of  these  private  pharmaceutical  companies  have  adorned  their  throne  must deliberately step up to help the Developing Nations and the Least Developed Countries rather than taking the advantage of the huge population concentrated in them to be used for their research purposes and procure huge profits by fixing higher market prices for these vaccines. Right to Life and Public Health is enshrined in every Universal Declarations, Conventions and Constitutions. But in the current era, it is very evident that this very basic right is being used as a business tool. Therefore here the real issue crops up as to whose interest must be given the top most priority. Is it the Interest of the Private Sectors OR the Interest to ensure Access to Life saving medicines universally which is interest of the public?

Part III and Part IV of the Constitution of India explicitly grants the right to access to public health to each and every citizen of India. Even though the rights and privileges are being awarded, their usage and the purpose for which they have been implemented is the biggest question mark even now… “If health is a fundamental right, it will give a spine to the entire health ecosystem, empower doctors and healthcare workers, and ensure transparency, inclusivity, and accountability. Moreover, it will pave the way for special legislation, capable institutions, increased budgets, medical training and research, wellness and prevention, and outreach of services; thereby instilling immense confidence and positivity amongst the citizens” 3. This well said point has been ignored by the current law makers and the health care sector.. Unfortunately many of the welfare measures enshrined in the legislations, treaties and conventions have just been printed in paper and still now these has not been effectively transferred into action and have not served the purpose for which it was formed.

Compulsory Licensing under the TRIPS and the Indian Patent Act:

A compulsory license is a statutory license that gives the licensee the right to manufacture, use, or sell a patented invention before the patent expires. Licenses could be granted without the consent of the patent holder and the licensee was required to pay a royalty 4. Section 92 (1) of the Indian Patents Act, has been effected applied in the Landmark decision of Bayer vs. Natco, 2012, where compulsory license has been granted in favor of the Respondent, Natco Pharma for the production of generic version of Nexavar. After this, there have not been no such implementation of the compulsory licensing provision and even during COVID times, it is highly sad to see the ineffectiveness of compulsory licensing provision. On the other hand, Abbvie a US Drug maker decided not to enforce patent rights for its anti retroviral drug kaletra because of its usage during Covid times, this in fact had laid basis for the wide spread of COVID vaccines and acted as Messiah in the pandemic times. Also, countries like Canada, Chile and Germany have added colors to the compulsory licensing by reducing the complexities in applying the provision. In contrary, countries like the US and many developed nations are not keen in implementing compulsory licensing as it is evident from their stand in the FOURTH MINISTERIAL CONFERENCE, Doha, 2001 where they did their level best in curbing developing nations like India and Brazil who have good manufacturing resources for the production of Generic medicines, but this step was not successful as the developing nations contingent led by the then Minister of Commerce and Trade, India, Mr. Murasoli Maran strongly contended these actions of the developed countries and it is evident from his speech5 .

Though US is a member of the Trade Related Aspects of Intellectual Property Rights Agreement (TRIPS) from its inception in 1995, the said nation is using the above agreement as its puppet or sometimes it ignores because of the undisputed power entrusted in its hands. Article 31 of the TRIPS Agreement has defined clearly the compulsory licensing provision, it is evident that most of the developed nations have not followed it into to but it has used as a weapon to curb the developed nations. And the Priority watch list / ‘SPECIAL’ 301 Report6 is another well known example of how the United States of America treats it competitors. India ranks always in the top 4 of the Priority watch list next to china7

The WTO disputes of DS 50, 19978 , is the pioneer of all the important landmark decisions in the modern era and which in fact shook the pharmaceutical market and brought Himalayan changes. There is a spike in the increase of medicines and it has become the non affordable basic necessity from the affordable basic necessity9 . Now days, the Pharmaceutical market has become the centre of attraction for profit earning than what it actually should be10 . A common man cannot have access to his basic right of right to life and taking care of one’s health has become the luxurious commodity for example if a pain killer tablet for headache costs Rs. 10 per strip in 1995, the same tablet with the same specification costs Rs. 100 in the current 2022. This price rise was made feasible by the corporate sectors in the market like India where there is a huge demand for medicines round the clock furthermore; the MNCs use this huge demand completely in favor of them to the fullest possible means.

The Author strongly believes that the Monopolistic tool of patent is mostly used to block the access to life saving medicines in the present global crisis and thereby limiting its use only to the particular sect of people. Also, its pity to digest the fact that  Even though we have both International and Domestic rules and legislations like the Universal Declaration of Human Rights, TRIPS Agreement, The Constitution of India  and several agreements and covenants in force, all these have been effective only in papers and it has not served the purpose for which it was actually formed. The right to health has shrunk its dimension from serving the collective rights of the public at large to the fulfillment of the right to health of the elite sector.

2 Article 47: Duty of the State to raise the level of nutrition and the standard of living and to improve public health

5 Statement by the Honorable Murasoli Maran, Minister of Commerce and Industry, “We cannot be held hostage to unreasonable demands that concessions be made for carrying forward what are already mandated negotiations. Nor can one accept the argument that there is mandate only for commencing certain negotiations and not for completing them. Progressive reform in agriculture now requires elimination of the large-scale domestic support and other trade distorting subsidies and the removal of all unfair barriers facing farm exports of developing countries. At the same time, considering the critical dependence on agriculture by large rural populations in developing countries, we need to adequately provide for their food and livelihood security and for promoting rural development”.

6 The “Special 301” Report is an annual review of the global state of IP protection and enforcement. The United States Trade Representative (USTR) conducts this review pursuant to Section 182of the Trade Act of 1974, as amended by the Omnibus Trade and Competitiveness Act of 1988 and the Uruguay Round Agreements Act. USTR Releases 2022 Special301 Report on Intellectual Property Protection and Enforcement. https://ustr.gov/about-us/policy-offices/press-office/press-releases/2022/april/ustr-releases-2022-special-301-report-intellectual-property-protection-and-enforcement#:~:text=The%20%E2%80%9CSpecial%20301%E2%80%9D%20Report%20is,the%20Uruguay%20Round%20Agreements%20Act.Last visited June 6th, 2022

9 Essential medicines to get expensive by more than 10 per cent from April -https://economictimes.indiatimes.com/industry/healthcare/biotech/pharmaceuticals/essential-medicines-to-get-expensive-from-april/articleshow/90446347.cms,Last visited June 6th, 2022